Patrick Harris - April 02, 2014
Horatio Nelson was one of the greatest naval commanders ever. He was a strategic genius, and his tactics in battle came to be known as "The Nelson Touch". In contemporary times, this phrase has become less of a reference to Nelson's phenomenal performance in battle, and more about his leadership style.

Nelson was born to lead. He always had an air of confidence around him, and he was able to imbue this unto others. Always leading from the front, Nelson put himself in extreme danger, but this action inspired those he led. Nelson's intentions strategically were never anything more than to smash the enemy, and to do this in a large naval battle (which was essentially a large collection of single ship mêlées) it would have been very difficult to personally lead every action by the fleet. In the heat of battle, where every ship was on their own, Nelson's leadership style was able to permeate into the minds of every ship's captain, even if he himself was hidden by the fog of war. 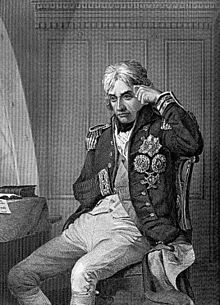 Nelson's Band of Brothers were the captains of each ship in the fleet, specifically the 15 captains at the Battle of the Nile. Before the battle, Nelson regularly meet with these men, forming a strong bond of camaraderie. Many contribute the mentorship of Nelson, as well as their strong bonds of friendship, as strong contributing factors to the stunning British victory.