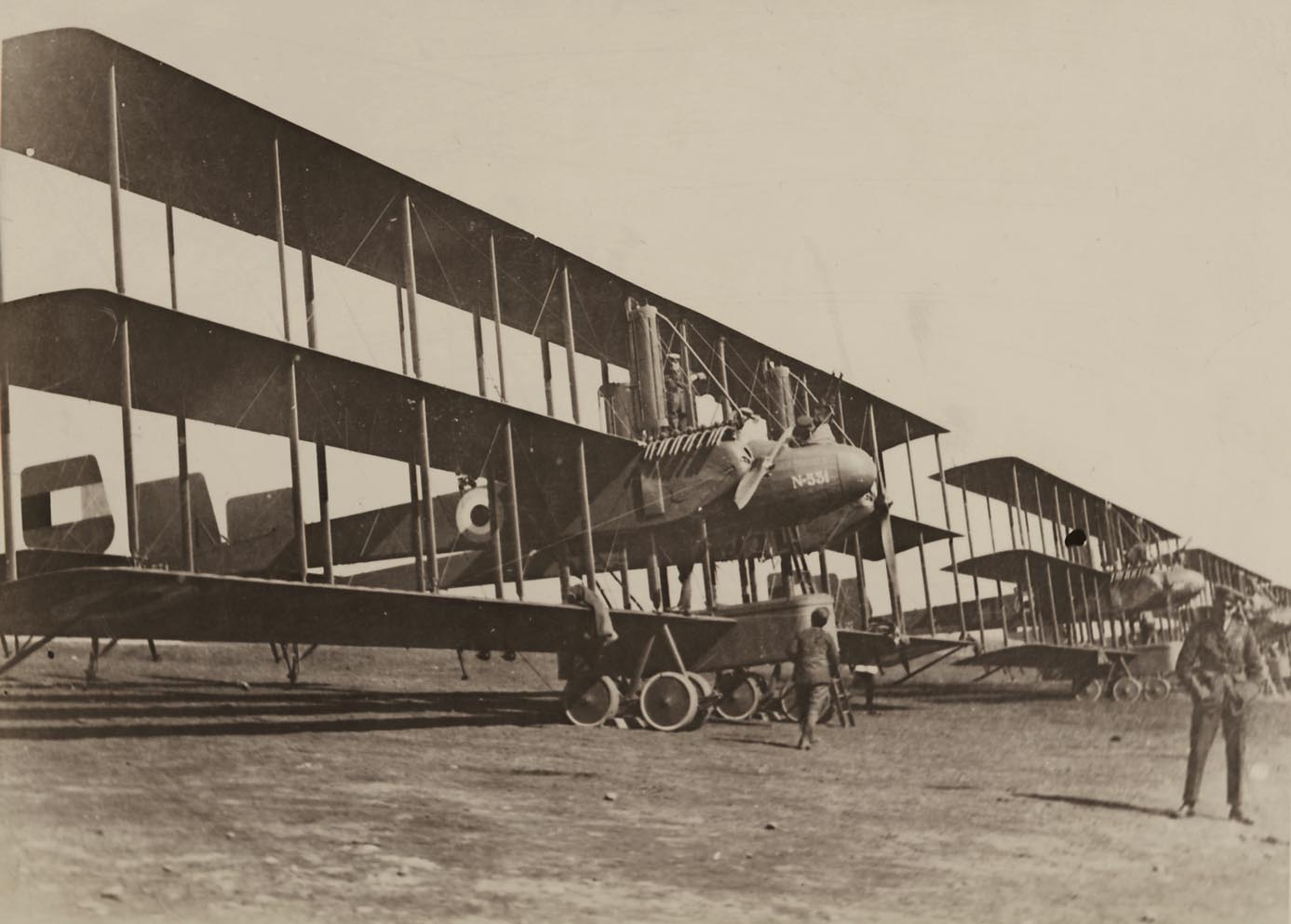 The Naval Air Force of Great Britain was formed out of  a necessity for out of sight reconnaissance by the powerful battleship squadrons of the Empire. It was formed in 1911 at the Royal Aero Club, with the first pilots being trained by aviation pioneer George Bertram Cockburn. In 1912, in amalgamated with the Army Air Corps to form the Royal Flying Corps. This union was short lived, and the naval component of the RFC split off in July 1914. This Naval Air Force became The Royal Naval Air Service, the precursor the the modern Fleet Air Arm.  During the First World War, the RNAS performed the tasks of fleet reconnaissance,  coastal patrol of both friendly and hostile nations, air defence of Great Britain and action on the Western front. Despite being less well known than the RFC, the RNAS was the bigger of Britain's two air forces of the war, possibly the biggest air force of all nations.