The Battle Of New Orleans

Patrick Harris - January 09, 2013
The War Of 1812 had officially ended with the treaty of Ghent in 1814; this did not however mean an end of hostilities. A British force had sailed to Louisiana, pushing aside futile US Naval resistance. An advance force had been landed near New Orleans, having a virtually undefended road to the city. However, the commander of this force decided to encamp and wait for reinforcements, proving to be a fateful decision. Andrew Jackson, the American commander in the area, learned of the British encampment and vowed not to let them sleep on American Soil.

On the Eighth of January 1815, two weeks after peace had been proclaimed by the treaty of Ghent, Pakenham, the overall commander of the British, brother in law of the Duke of Wellington, attacked Jackson's position. Jackson had erected a ragtag collection of earthworks on his position, from which most of the battle would be conducted. The British assault itself was disorderly, clumsy, badly planned and led by commanders, who, though brave, were involved in the drama and power struggles which come from combined operations. A canal built by the British to allow their ships to move closer to the action had collapsed, and British troops lacked  (forgot) the nessessary equipment to cross Jackson's defenses.

Many of the British officers were killed in the opening moments of the assault, both Pakenham and his second in command General Gibbs were mortally wounded. Without senior officers, the British did not know what to do, and they stayed still for around twenty minutes until the commander of the reserve, General Lambert, ordered a withdrawal. The British then sailed off for Alabama, until they finally got word of the end of the war, in February.

The Battle of New Orleans was a triumph for the Americans. The War of 1812 is a focal point of the Canadian national identity, providing national unity. The same can be said for the Americans, who in this war showed that even though they can be mauled, they can fight back; turning the United States of America from a colonial backwater to a rising star, which would rise meteorically, and still rising. The question remains though, who will rise next? 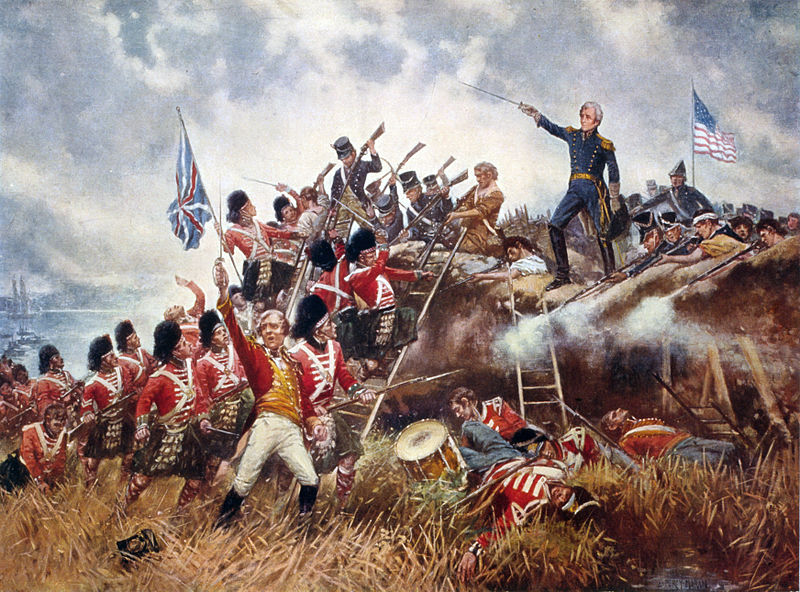