Patrick Harris - June 01, 2012
Here is a story of one of the weirdest, and most effective warships ever. Off Martinique, there is a rocky outcrop called Diamond Rock. In 1802, Martinique was a French Colony (And still is). The British OIC in the Caribbean, one Commodore Hood was slack on manpower; he could not muster enough forces to capture the prosperous colony. Hood devised an audacious plan to cripple Martinique's trade. It would involve the landing of a battery of guns, (and support) on top of Diamond Rock. All ships coming into Martinique had to pass Diamond Rock due to prevailing winds.
Now I know your wondering how this worked, so I'll explain. Hood anchored his flagship off Diamond Rock, then passed a cable up to the summit. Tackle was added, and the British now had an early version of a jackstay transfer. Guns and supplies were hauled up and James Maurice was placed in command of HMS The Fort Diamond. She was entered on the Admiralty records as a Sloop of War.

The battery was highly effective; ships entering Martinique were brought to a standstill. After 17 months, Admiral Villeneuve dispatched some ships to deal with it (even though he was being chased by Nelson around the Atlantic). On May 31st 1805, the bombardment commenced. The garrison was holding out well, as the French ships could not elevate their guns to reach up 574 feet to the top. Eventually a stray shot hit the cistern containing the garrison's water; Commander Maurice soon surrendered. 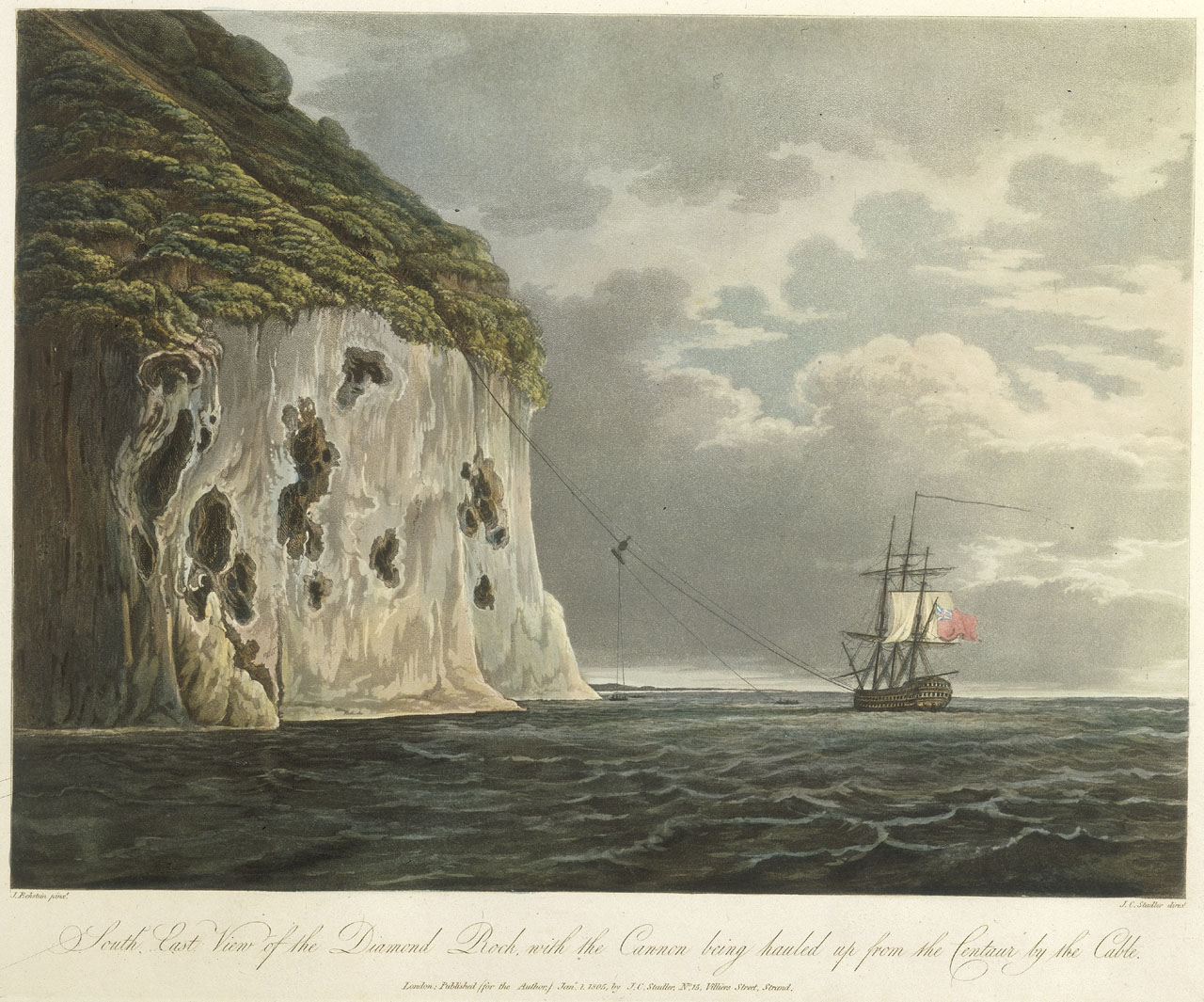